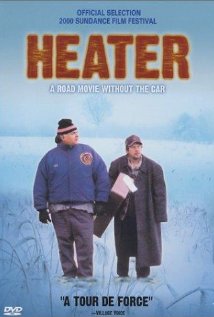 'A Road Movie Without the Car'

A film made in 1999 by Terrance Odette. Despite being filmed in Toronto, Canada, it has only been released in the USA at this time.

The main characters in this film are both homeless men living in the big city. One is a large aboriginal known as 'Ben' (played by Gary Farmer), and the other is a schizophrenic man who happens to possess a base-board heater in its original packaging (played by Stephen Ouimette). After the latter gets himself and 'Ben' kicked out of a homeless shelter while trying to sell his heater, Ben notices the receipt on the box and offers to help return it to a mall for a cash refund. The men run into various difficulties on their journey, and despite their mutual dislike towards each other, they manage to bond together and survive the night.