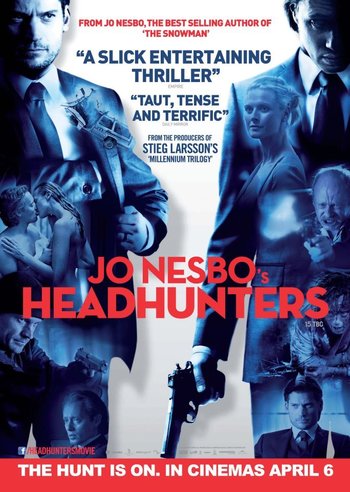 Headhunters (Hodejegerne) is a Norwegian film made in 2011 starring Aksel Hennie as "Roger Brown," a diminutive talent-seeker who covers his extravagant spending by stealing precious works of art. One day, he stumbles upon a 100 million dollar artwork owned by the handsome, mysterious, and taller Clas Greve, a former CEO of a GPS company seeking to lead Vanguard, Brown's company. What begins as a heist movie soon becomes a game of life and death, with a sense of twisted humor.

Summit Entertainment has bought the rights of this film before its release: a US adaptation, directed by Sacha Gervasi, is in the works. Based upon Jo Nesbø's novel of the same name.