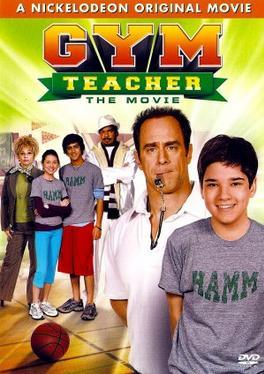 Nickelodeon's Made-for-TV Movie starring surprisingly A-list actors (Christopher Meloni from Law & Order: Special Victims Unit, Amy Sedaris and others from Strangers with Candy). Meloni plays Dave Stewie, a gym teacher (duh) who hopes to chase away an Old Shame by winning "Gym Teacher of the Year". To do that, he needs a fully-polished and capable class, which he has until incredibly uncoordinated New Transfer Student Roland Waffle arrives. Oh, and the hot teacher Dave has a crush on turns out to be Roland's mom. Strictly Formula here, to the point where the costume design, particularly Roland's helmet and the school's ham mascot, is the most creative part of the whole movie.