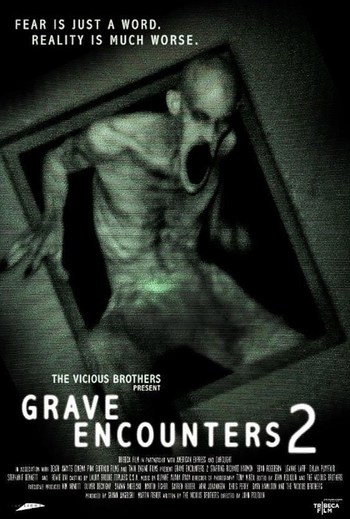 Yes, that thing is in the movie.
Grave Encounters 2, the sequel to Grave Encounters, takes place 9 years after the last film. Alex, a young film student who believes the first movie was real, goes to investigate the hospital where Lance and his crew were attacked. In tow is his friends, Jennifer, Trevor, Tessa, and Jared. Unfortunately, just like Lance's crew before them, Alex and his friends become victims to the horrid frights of those whom still inhabit the hospital...