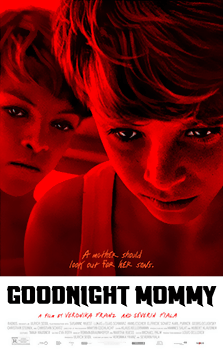 Elias and Lukas are twin boys who enjoy roughhousing with each other. The mother returns home with her face bandaged. Her personality has changed. She avoids sunlight, insists on absolute quiet, loses her temper easily, and will only acknowledge Elias, ignoring Lukas. The boys discuss the possibility that whatever returned home was not their mother, compounded by finding pictures of their mother with a look-alike. They hatch a plan to trap the impostor, and force her to reveal where their real mother is.

An American remake produced by Amazon Studios is in development, set to be directed by Matt Sobel and star Naomi Watts. (Fiala and Franz are credited as executive producers.)