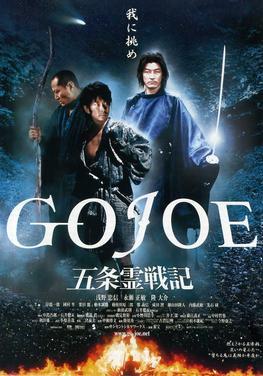 It's time to fight again.
Gojoe Reisenki (Gojoe: Spirit War Chronicle) is a 2000 fantasy/samurai film by avant-garde director Sogo Ishii. It takes the long-standing Japanese myth of Yoshitsune and Benkei and turns it into an External Retcon, telling that the valiant Yoshitsune now a power-mad mystic warrior, while the brawling Benkei was once a bloodthirsty samurai but is now a repentant Buddhist monk.

Not to be confused with G.I. Joe, of course.