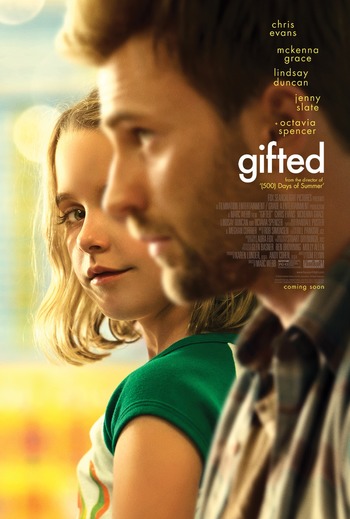 "Frank's a good person. He wanted me before I was smart."
— Mary
Advertisement:

Following the suicide of his genius sister, Frank Adler (Evans) takes on the guardianship of his niece Mary (Grace). Frank attempts to raise Mary to be as normal a kid as possible, but she has clearly inherited her mother's intellectual abilities, especially in the field of mathematics. When Mary starts attending school at the age of seven it is clear to her teacher Bonnie (Slate) that she is far beyond the other children in her class or even her own abilities as a teacher. A chain of events is set in place that draws Mary's grandmother Evelyn (Duncan) back into her and Frank's lives after seven years, in a battle over Mary's future.