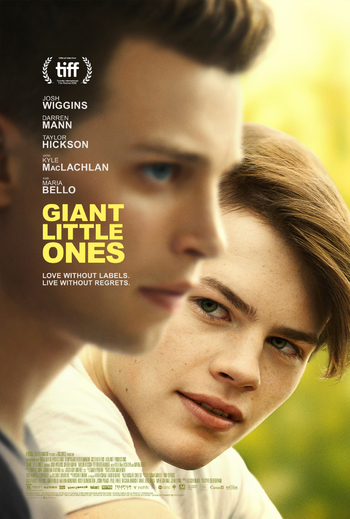 Giant Little Ones is a 2018 Canadian drama film directed by Keith Behrman.

Best friends Franky and Ballas find their friendship tested when, on the evening of Franky's birthday, the pair share a sexual encounter. In an effort to protect his image, Ballas blames Franky and leads a campaign to ostracize him in school. Franky struggles to come to terms with what happened while forming a friendship with Ballas' outcast sister, Natasha, and working on his strained relationship with his father, who recently left his mother for another man.