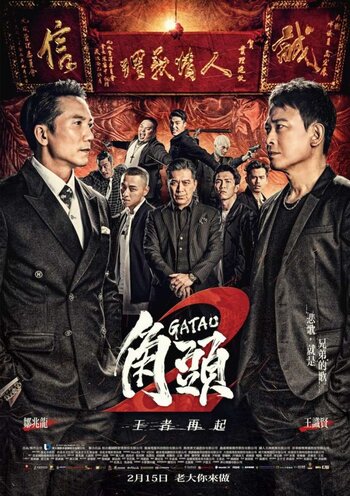 Gatao 2: Rise of A King is a 2018 Taiwanese Film telling the story of two gangsters, Ren-ge (Wang Shih-hsien), the Number Two of Bei-guan, and Liu Jian (Collin Chou of The Matrix fame), a friend of his looking to make it big in Taipei.

Liu Jian is arrested for firing his gun in a public area, but tells Ren-ge that once he's out, he will get a piece of Taipei Ren-ge failed to obtain because of his boss Gui-dong. Three years later, Liu Jian is out and brutally murders the owner of the territory, then a war ensues.