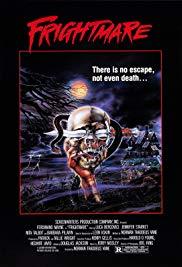 There is no escape, not even death...
Advertisement:

Conrad Radzoff was a character actor best known for his horror roles, considered among the likes of Boris Karloff. After his death, some film students decide to steal his body as some sort of tribute to his legacy. Unfortunately for them, Conrad had black magic cast over his grave. Now, Back from the Dead, the horror star is out to make some horror of his own...

The film was released on DVD by Troma.