Film / 47 Meters Down
aka: Forty Seven Metres Down 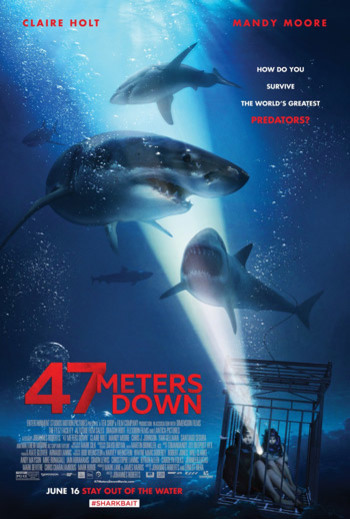 47 Meters Down (previously known as In The Deep) is a 2017 thriller starring Mandy Moore, Claire Holt and Matthew Modine. Two sisters vacationing in Mexico are trapped in a shark cage at the bottom of the ocean. With less than an hour of oxygen left and great white sharks circling nearby, they must fight to survive.