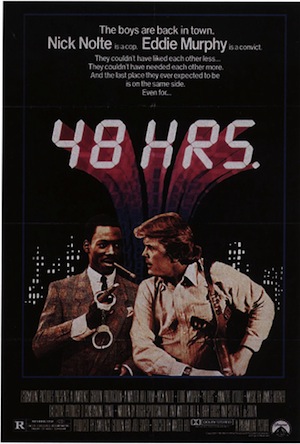 Directed by Walter Hill of The Warriors fame, the film is often considered the first Buddy Cop film,note though earlier precursors include 1949's Stray Dog and 1967's In the Heat of the Night or at least the one to popularize the concept and would go on to inspire later movies such as Lethal Weapon and Tango and Cash.