Film / Flesh for the Beast 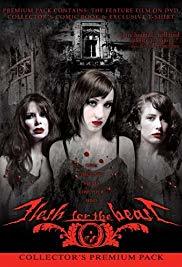 Open the Gate. Step In. Lose Your Mind.
Advertisement:

Flesh for the Beast is a 2003 American horror film distributed by Media Blasters.

John Stoker is a wealthy man who has hired some parapsychologists to investigate the Fischer Manor. You see, ages ago the Manor was home to a warlock who practiced black magic, and nobody has been able to survive the house since. Unfortunately for the ghost hunters, dark magic still permeates the house, and it's full of succubi who hunt them down one by one.