Film / Five Across the Eyes 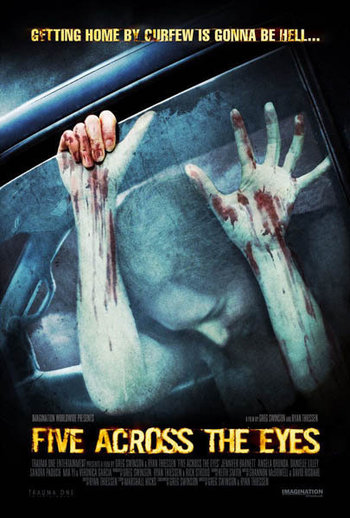 Five Across the Eyes is an American horror film, directed by Greg Swinson and Ryan Thiessen and released in 2006.

Five girls on their way home from a football game get lost when they attempt to take a shortcut. Terrifying things happen to them as they try to find their way back.