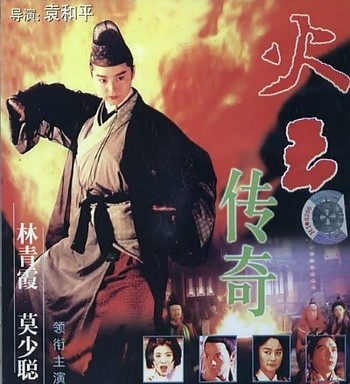 Brigitte Lin is so hot in this movie!

Fire Dragon is a 1994 Hong Kong Wuxia movie directed by Yuen Woo-Ping, starring Brigitte Lin during her stint as a period action-drama icon back in the early 90s following the success of the Swordsman movies.

The film focuses on a pair of Ming Dynasty assassins, Fire Dragon (Brigitte) and Snow (Yeh), whom were raised by the sinister Prince Wan to be killers since birth, for him to facilitate a rebellion and overthrow the Imperial Court. On an assignment to retrieve an incriminating letter proving evidence of Prince Wan's true nature, Fire Dragon ends up being pursued by Imperial Investigator Yuen-ming (Max Mok) and end up stumbling into a bath-house owned by Sister Tang, where she takes refuge while hiding from the authorities after her. But after spending weeks with Tang and the civilians, Fire Dragon ends up growing a conscience and beginning to regret her past actions as an assassin, deciding to renounce her past as a ruthless killer. Too bad her sworn sister, Snow, isn't ready to let Fire Dragon go just like that.