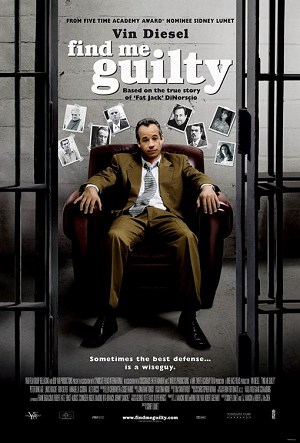 Find Me Guilty is a 2006 Courtroom Drama by Sidney Lumet.

In the late 1980s, a RICO trial is pending against The Mafia, specifically the Lucchese Family. Jackie DiNorscio (Vin Diesel), a mafioso who has already been convicted for another crime and is currently serving out a 30-year prison term is indicted as well, but decides to represent himself. Hilarity Ensues.