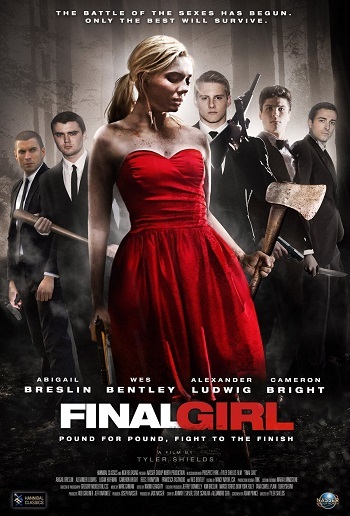 "The Hunter Becomes the Hunted"
Advertisement:

It tells the story of Veronica (Breslin), a beautiful teen girl who is lured out to the woods by a group of senior boys to be the victim of their hunt. What the boys don’t know is that she has been taught by her trainer William (Bentley) to be a lethal weapon, turning the hunters into the hunted with a level of perversity far beyond anything they could have ever imagined.

Unrelated to the Interactive Fiction of the same name.