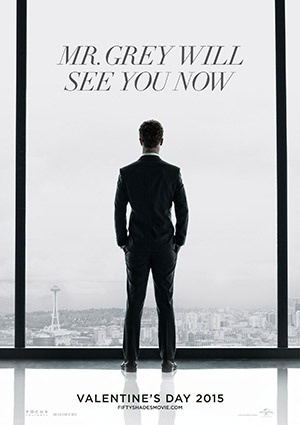 The film follows the romance between Anastasia Steele, a naïve, innocent literature student, and Christian Grey, a mysterious and handsome billionaire. Their BDSM-flavored romance fuels most of the plot.

The film was released on Friday, February 13, 2015. Yes, that's the day before Valentine's Day, folks. We're sure it's a coincidence.note It's also on Friday the 13th. The trailer can be seen here

Two sequels based on the two sequel novels, Fifty Shades Darker and Fifty Shades Freed,note both filmed back-to-back were released on February 10, 2017 and February 9, 2018, respectively.