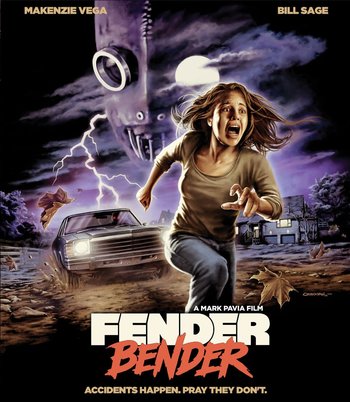 Hilary (Makenzie Vega) is having the worst day of her life. First she found out that her boyfriend, Andy (Harrison Sim), is cheating on her, then she’s rear-ended, and is scolded and grounded by her parents just as they’re about to leave town. Later that night, the driver who rear-ended her texts her, and it quickly becomes clear that she’s not alone in the house...