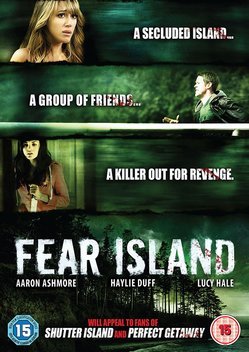 Fear Island is a 2009 made-for-TV slasher film starring Haylie Duff, Aaron Ashmore and Lucy Hale. Police find a 19-year-old woman, Jenna, on a private island with all her friends murdered. When brought in for questioning, she explains that she and her friends had been spending the weekend at the house on the island, owned by two of the boys. After one night, upon waking up they find the ferryman dead and the boat gone, leaving them trapped on the island knowing they aren't alone.