Film / Father of a Soldier 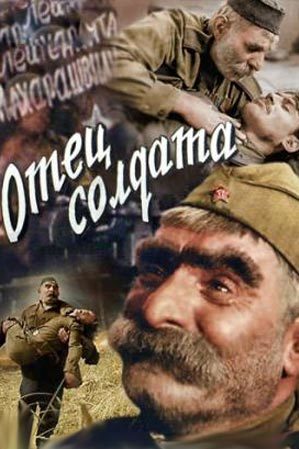 Father of a Soldier is a 1964 film from the Soviet Union directed by Revaz Chkheidze.

It was actually a production of the then-Soviet republic of Georgia. The story opens in the summer of 1942, a year into the Great Patriotic War. Giorgi Makharashvili is a Georgian farmer who is pushing sixty. His son, Goderdzi, is a tank man with the Red Army. When Giorgi gets word that Goderzi is wounded, he rushes off to the hospital with presents for his son.

Giorgi manages to struggle through the chaotic transport situation of the USSR in wartime and make it to his son's hospital, only to find out that Goderzi got better and left the hospital to return to the front. So Giorgi goes to the front, at one point having a German unit march right past him. Eventually, he joins the army, still hoping to find his son.