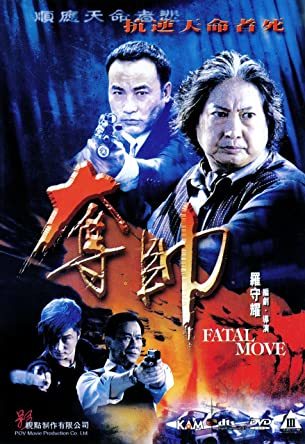 Fatal Move is a 2008 Hong Kong movie starring Sammo Hung, Simon Yam, Danny Lee and Wu Jing, their second collaboration after Sha Po Lang. Ironically, this time Yam and Hung are on the same side.

Triad brothers Lin Ho-Lung (Sammo Hung) and Lin Ho-Tung (Simon Yam) finds themselves in the middle of a triad war for control, while being investigated by Senior Inspector Liu Chi-chung (Danny Lee). Facing a series of double-crossings and internal conspiracy, the triad brothers must fight to regain control of their crime empire.

Jacky Wu Jing, then famous for his role as Jack, the ruthless hitman and murderer from Sha Po Lang and his epic fight with Donnie Yen, once again plays another henchman and top assassin employed under Sammo Hung, named Lok Tin-hung. His performance as Luk, an even deadlier murderer than Jack, makes him a popular choice for Hong Kong villains in the late 2000s and early 2010s.