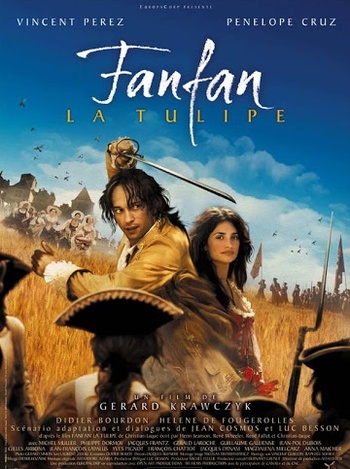 Fanfan la Tulipe is a French Swashbuckler comedy film released in 2003, directed by Gérard Krawczyk and written by Jean Cosmos and Luc Besson (who also produced it). It is a remake of 1952's Fanfan la Tulipe.

At the time of the Seven Years' War in France, Fanfan (Vincent Perez) is an unrepentant charmer and unrivaled swordsman. In order to escape a forced marriage to a woman he just seduced, he enlists in the army of King Louis XV (Didier Bourdon).