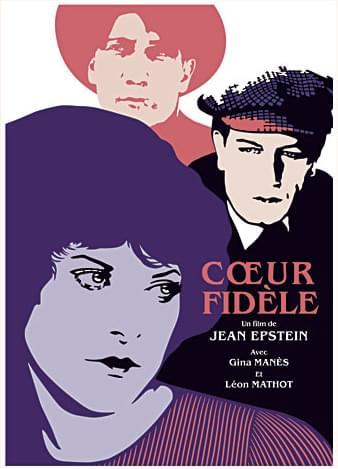 Faithful Heart (Cœur fidèle in the original French) is a 1923 French silent film directed and co-written by Jean Epstein, who would later direct The Fall of the House of Usher.
Advertisement:

Marie is a young woman exploited by her cruel foster parents, who own a dockside bar in Marseille. She is in love with Jean, a dockworker, but her parents want her to marry the brutish Petit Paul. When Jean and Paul get into a fight over Marie, a gendarme tries to interfere and gets stabbed. Paul runs away and thus gets off scot-free while Jean is arrested and spends a year in prison. By the time Jean gets out, Marie is in an abusive marriage with Petit Paul, who wastes all their money on alcohol while Marie struggles to care for their sick baby. Can Jean help her out now? And does any hope remain for their relationship?