Film / Eye in the Sky 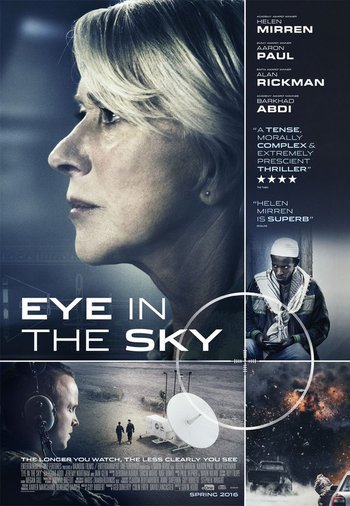 The film depicts the moral and ethical struggle of a lieutenant general (Rickman) and colonel (Mirren) debating a drone strike to take out a group of terrorists in Nairobi, Kenya, and has been praised for its realistic and complex portrayal of the perils of modern warfare.