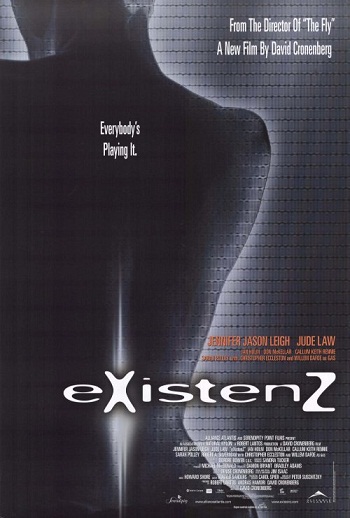 eXistenZ is a 1999 David Cronenberg film starring Jennifer Jason Leigh, Jude Law, Ian Holm, Callum Keith Rennie, Don McKellar, and Christopher Eccleston that combines Body Horror with Mind Screw and Existential Horror. When you allow the Platonic Cave to mess with your emotional and mental state, how do you know who your friends really are? How do you know right from wrong, and whether you believe it... or just your character? What is real?

It is described by some as the Canadian version of The Matrix, but it involves more Mind Screw and less leather-clad ass-kicking.