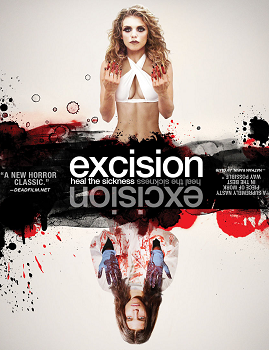 Pauline is a very, very messed-up teenage girl who dreams of becoming a surgeon, though it would be more appropriate to call them "delusions". She wants to lose her virginity to her classmate Adam, and to help her little sister and only real friend Grace, who is dying of cystic fibrosis. Oh, and she is completely insane, having twisted dreams/fantasies that combine sex, blood, and surgery in dangerous quantities. Her parents Phyllis and Bob have just about given up on her, the entire school thinks she's a weirdo, and she's failing math. It's only a matter of time before she finally loses it.