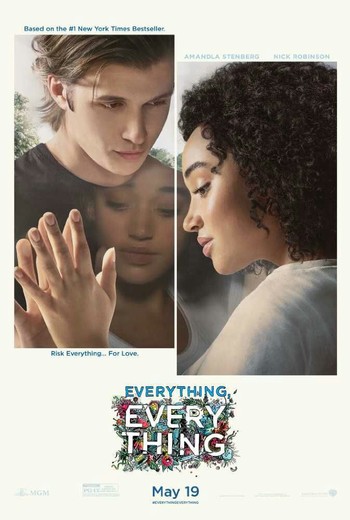 Risk everything...for love.
The film adaptation of the Young Adult novel of the novel of the same name released on May 19, 2017.
Advertisement:

The film follows ill girl Madeline, who suffers from severe combined immunodeficiency, making her susceptible to even the most mundane of illnesses, thus confining her to a hermetically sealed house. One day, a new family moves in next door, which results in a budding romance Madeline and Olly, the son of the household.

Everything, Everything provides examples of: