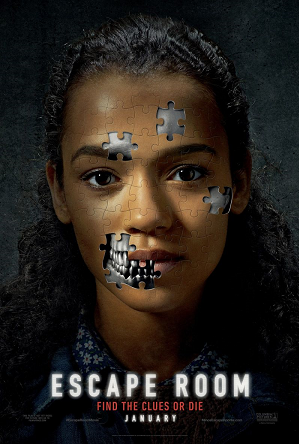 Six strangers, each the sole survivor of various horrific disasters, are invited to test their wits against an immersive escape room in downtown Chicago. They soon learn that the rooms contain deadly traps and that they are being watched by a sadistic unseen "game master,” and must work together to overcome the trials of each room or suffer the consequences.

A sequel, Escape Room: Tournament Of Champions, was released on July 16th, 2021.