Film / Employee of the Month 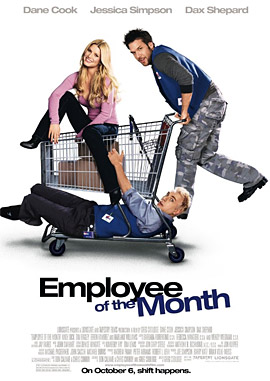 Employee of the Month is a 2006 comedy film starring Dane Cook, Dax Shepard, and Jessica Simpson.

Not to be confused with the 2004 Black Comedy of the same name starring Matt Dillon.