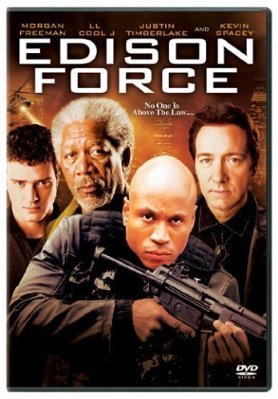 So Direct-to-DVD it hurts
Advertisement:

Violent crime is all but eliminated in the city of Edison, Vancouver, thanks to the First Response Assault Team, a squad of elite, corrupt undercover cops.

Rookie officer Raf Deed (LL Cool J) witnesses his partner, Lazerov (Dylan McDermott), kill a crackhead in cold blood. Lazerov confiscates the drugs and money, and frames the victim's friend for the murder. How will Deed keep his conscience in check, knowing this isn't the first time he'll be an accomplice to corruption?

Meanwhile, rookie reporter Josh Pollack (Justin Timberlake) discovers an inconsistency in Deed's testimony at the murder trial. His editor (Morgan Freeman) encourages him to expose the truth. But the closer he gets, the more viciously Lazerov and FRAT try to throw him off the trail. Can Pollack summon the courage he needs to finish the job, even if it means risking his life and the lives of those he loves?

Pollack and Deed, together with special investigator Levon Wallace (Kevin Spacey), fight to end the corruption, which, for vaguely-explained reasons, is threatening to turn the city of Edison into a fascist state.