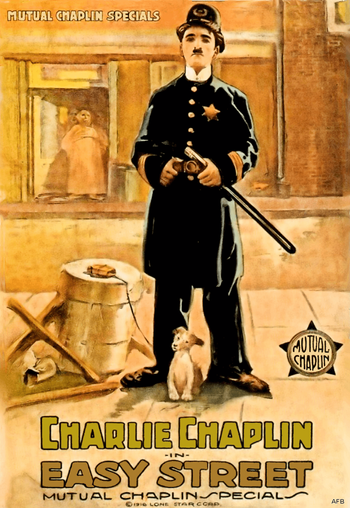 Easy Street is a 1917 short comedy film directed by and starring Charlie Chaplin.

In the film, the police are failing to maintain law and order on the titular Easy Street, and have resorted to hiring anyone off the street who wants to be a policeman. Chaplin, as the Little Tramp character, is homeless and hungry so he steps forward (rather reluctantly) to rid the street of bullies, help the poor, save women from madmen and generally keep the peace. In particular, he has to use his wits to defeat one particular, hulking bully who seems determined to pound Charlie into jelly.