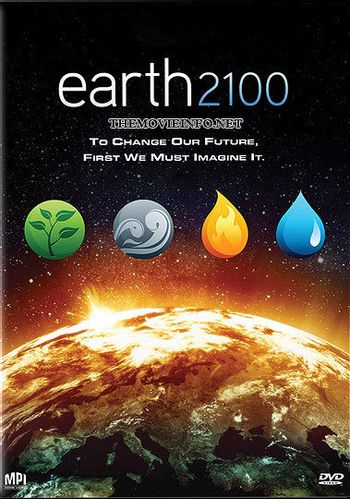 Earth 2100 is a Speculative Docu Drama that originally aired on ABC on June 2nd, 2009, which they chose as the date of birth for the main character, Lucy. Earth 2100 spends equal time between Lucy's story (told through Motion Comic illustrations) and interviews with scientists, sociologists, and historians talking about how this worst case scenario will play out.
Advertisement:

Earth 2100 begins on June 2nd, 2100, with Lucy narrating some of the most significantly horrific things she's seen. Lucy then tells her entire life story, during which we see the world go from a relatively OK state where she lives in a suburban home with a well-watered lawn to a Crapsack World in which humanity has been plunged into the Dark Ages.