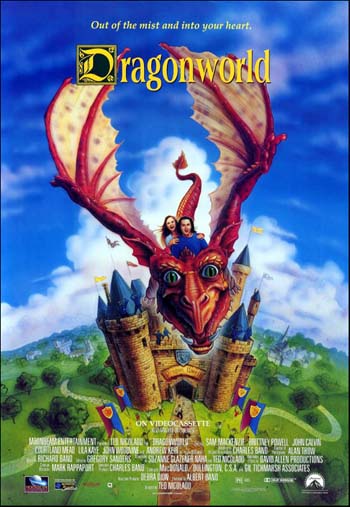 In this family-friendly fantasy film from Full Moon Features subsidiary Moonbeam Entertainment, Young John McGowan travels to Scotland to live at his grandfather's castle after he loses both his parents in a traffic accident. At the magical wishing tree on his grandfather's estate, he manages to find a friend, an infant dragon whom he nicknames "Yowler". They grow up together, and one day documentary film maker Bob Armstrong, his daughter Beth and his pilot Brownie McGee stumble upon Yowler.

Eager for fame and money, Bob convinces John to "rent" Yowler to local corrupt businessman, Lester McIntyre. John, who is coerced in part by the offer to have the mounting taxes on the castle paid off, allows Lester to take Yowler in. He does so also partly because of his growing interest in Beth. Yowler is miserable and harassed in the new theme park built for him, and when it becomes clear that McIntyre has duped them in order to exploit the dragon, John and his new friends take action.