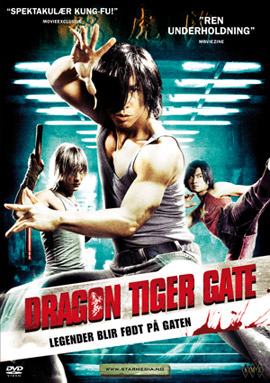 Dragon Tiger Gate is a 2006 martial arts action film starring Donnie Yen and Nicholas Tse. It is based on the manhua Oriental Heroes.

It is the story primarily of two half-brothers, Dragon and Tiger, separated at a young age. The younger Tiger was raised at the titular dojo, whereas Dragon was adopted by a mob boss after his mother's death. Years later, the two of them come into conflict by chance. A third warrior, Turbo Shek, eventually joins the fight as well and they eventually band together to take on Shibumi and the Luocha Gang.