Film / Down to Earth 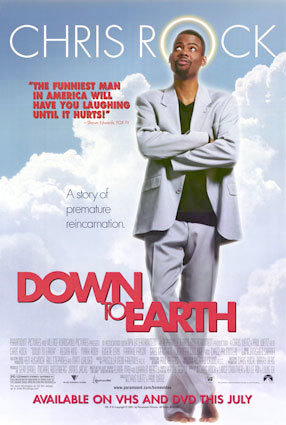 This 2001 comedy, directed by Chris and Paul Weitz and starring Chris Rock (who helped to write the screenplay along with Louis C.K.), is basically a remake of Here Comes Mr. Jordan and Heaven Can Wait.

Lance Barton (Rock) is a black struggling standup comic. He's run over by a truck and goes to Heaven, where he's reincarnated in the body of a rich, middle-aged white man.

Some tropes found in the film include: