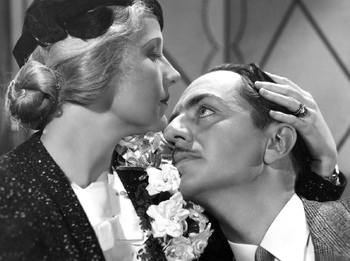 Joan Colby (Harding) takes a rather cynical view towards love and marriage and is convinced that she can marry without the need of pesky emotions. She sets her eyes on John Fletcher (Powell) who’s let his family's shipping line fall to the wayside by being an Idle Rich playboy. They have a nice little romance, but John is by no means interested in getting married. However, Joan falls hard for him, so she quickly decides to trick her way into marriage to get the security she wants.