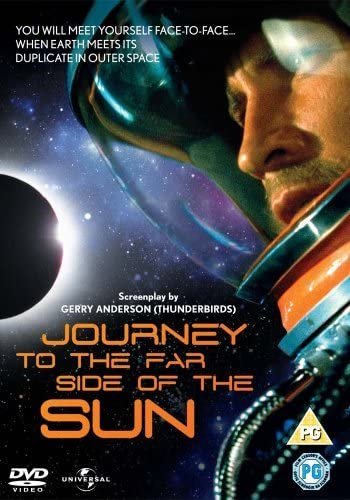 Doppelgänger, known outside of Europe as Journey to the Far Side of the Sun, is a 1969 British sci-fi film directed by Robert Parrish, produced by Gerry and Sylvia Anderson (Stingray, Thunderbirds, Captain Scarlet and the Mysterons), and starring Roy Thinnes, Ian Hendry, Lynn Loring, Patrick Wynmark, Loni von Friedl, and Herbert Lom.

Set in 2069, the film concerns a joint European-NASA mission to investigate a newly-discovered planet that lies opposite Earth on the other side of the Sun. The mission ends in disaster and the death of one of the astronauts, after which his colleague comes to believe that the planet is a mirror image of Earth.