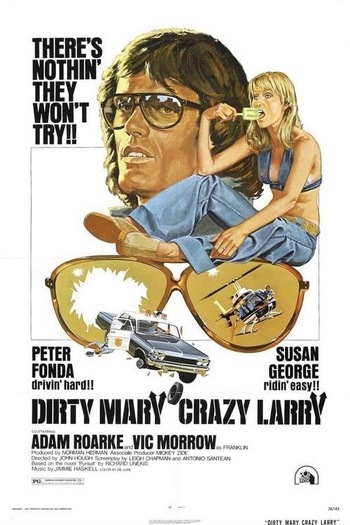 NASCAR driver hopeful Larry Rayder (Fonda) and his mechanic Deke Sommers (Roarke) successfully pull off a heist to finance their jump into big-time auto racing. In making their escape, they are confronted by Larry's one-night stand, Mary Coombs (George), who coerces them to take her along for the ride, while evading Captain Everett Franklin (Morrow) and his troopers.