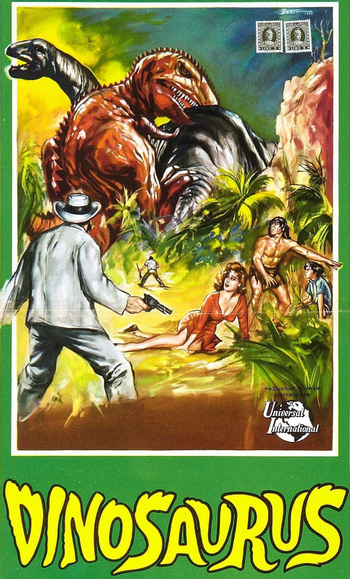 Dinosaurs are blasted up from the ocean off of a Caribbean island. Frozen solid, they are brought to shore and revived by lightning. They proceed to run amok, along with a Caveman who was frozen along with them. The islanders are soon cut off from outside help and must survive the night.