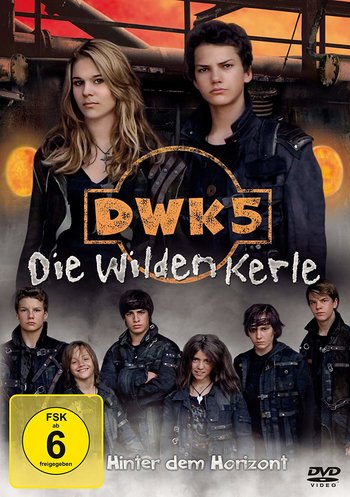 Die Wilden Kerle (lit: "the wild guys") are a German movie series (based on the children's book series Die Wilden Fussball Kerle, which became The Wild Soccer Bunch in the Cultural Translation in America) from the Turn of the Millennium about a team of boys (and Vanessa) who like to play football (soccer, for Americans).

There are no less than six movies about them:

The later movies in particular weren't exactly huge hits among the critics, but they still were commercially successful.