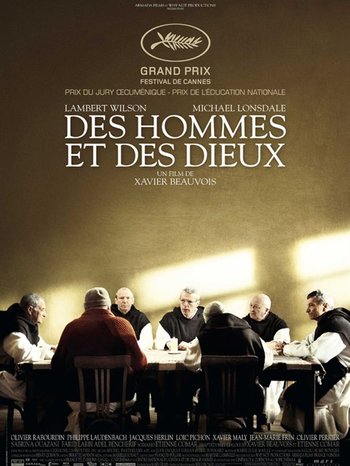 It tells the true story of the Trappist monks at a monastery in Algeria that in 1996 got caught up in the local Civil War. The film revolves around the monks' tough choice to either risk their lives by staying or leave the monastery out of self-preservation.

Alternative Title(s): Of Gods And Men