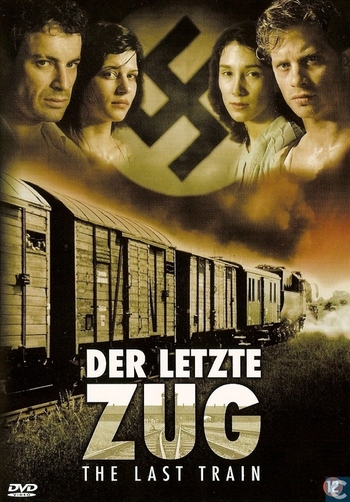 Der Letzte Zug (The Last Train) is a 2006 German Holocaust drama directed by husband and wife team Joseph Vilsmaier and Dana Vávrová (best known for their film Stalingrad (1993)), and produced by Artur Brauner, himself a Holocaust survivor.

In April 1943, as a "birthday present" to Adolf Hitler, the last Jews of Berlin are loaded onto a train bound for Auschwitz and the city is declared Judenrein ("cleared of Jews"). The film follows the attempts of the inhabitants of one of the cars to endure the six-day journey in horrific conditions. Among them are Henry and Lea Naumann and their two small children, young lovers Alfred Rosen and Ruth Zilbermann, elderly couple and former cabaret duo Jakob Nuschik and Gabrielle Hellmann, and Erika Freidlich, a new mother accompanied by her father Dr Friedlich.