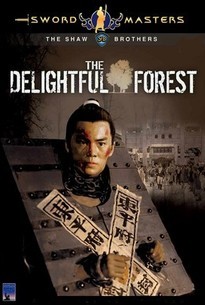 Delightful Forest (Kuai huo lin) is a 1972 Hong Kong movie produced by Shaw Brothers, based on a story in The Water Margin. The legendary fighter Wu Song (Ti Lung) is sent to prison in Mengzhou province after murdering his sister-in-law and her lover. There he meets with the prison officer "Golden eye" Shih En (Tien Ching), who saved Wu from the baton punishment required for new prisoners. Wu learns that Shih's restaurant named the "Delightful Forest" has been occupied by Chiang "Door God" Chung (Chu Mu) and now he seeks his revenge.