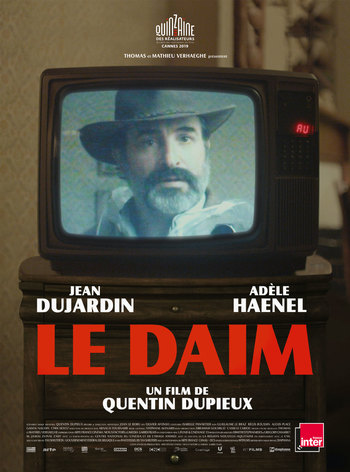 The plot concerns a man, Georges (Jean Dujardin), whose wife has separated from him. He ventures out and buys an expensive but rather ridiculous deerskin jacket in an attempt to make himself more cool. When his wife refuses to reconcile with him and puts a freeze on their bank account, he's left living out of a hotel, conning people for money while claiming to be a film director. As he grows increasingly obsessed over his deerskin attire, he becomes convinced that his deerskin jacket should be the only jacket in the world. An aspiring film editor Denise (Adèle Haenel) joins him on his movie project, little realizing that the bizarre behavior he films is not fiction.