Film / Death of a President 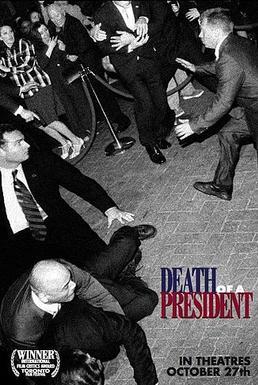 Death of a President is a 2006 British Mockumentary about the fictional assassination of President George W. Bush, and the subsequent investigation into the crime. The film follows a number of Talking Heads as they discuss the events and their consequences, including the President's staff, journalists, lawyers, law enforcement, forensic professionals, and suspects.

Controversial upon release, the film did not make a profit and has largely faded into obscurity.