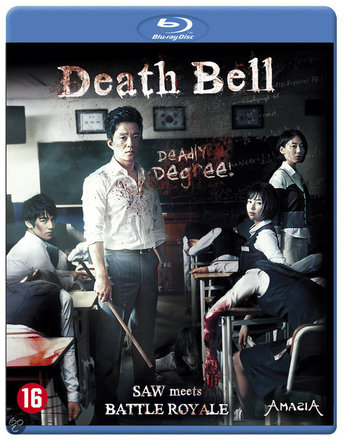 Death Bell is a Korean mystery thriller film made in 2008.

During final exams at Chang-in School the school is placed in lock-down. One-by-one, students are tortured and killed by a mysterious person. In order to make it out alive, a group of highly intelligent students must answer a series of questions. As they spend more time on these questions, answers about a young girl's death slowly emerge.

In 2010, Death Bell 2: Bloody Camp was filmed. However, instead of continuing the story of the first film, it relocates to a different school with different characters and a different murder mystery.