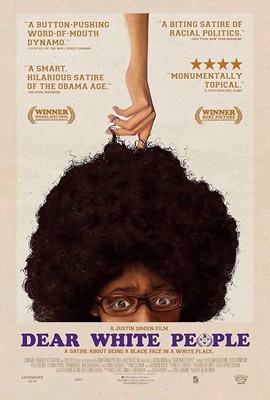 Dear White People is a film by Justin Simien. A satire at times, and a drama during others, the film follows four young black students as they try to find their identity while maneuvering through the complex racial politics of the prestigious Winchester Academy. A housing randomization initiative threatening to gut the Armstrong dorm, currently as a safe haven for racial minorities, causes racial tensions to rise for Sam, Lionel, Coco, and Troy as the Black Student Union tries to fight back, the school paper wants the scoop, and a smooth reality show producer seeks to reap the drama.

A Netflix series based on the film was released April 28th, 2017.