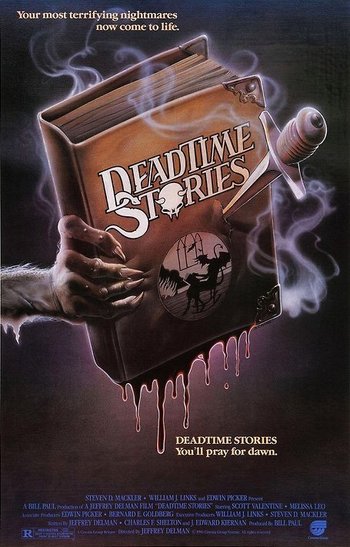 Deadtime Stories (also known internationally as Freaky Fairy-Tales and The Griebels from Deadtime Stories) is a 1986 American horror comedy anthology film co-written and directed by Jeffery Delman in his directorial debut.

An impatient uncle attempts to calm his rambunctious nephew by telling him three horror stories. The first story tells about a fisherman's son who is sold as a slave to two witches that are trying to resurrect their sister. The second story is about a teenage girl who picks up the medication for her grandmother, which is mixed up with medicine intended for a werewolf. In the third story, three mental patients escape and share their country house hideaway with a murderess.

No connection the TV series or animation of the same name.