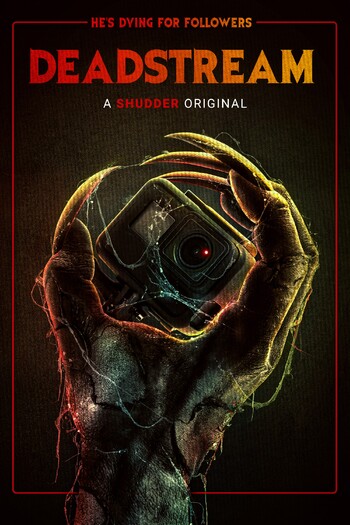 Deadstream is a 2022 Found Footage Horror Comedy film directed and written by Joseph and Vanessa Winters. Joseph also stars as the lead character.

Shawn Ruddy is a disgraced internet personality who attempts to make his big comeback by livestreaming to his followers while exploring a haunted house. However, when he accidentally pisses off a vengeful spirit, his stream turns into a fight for survival.

The film was released on the 6th of October, 2022, on the streaming service Shudder.